“The Missing Five” has its own Blog 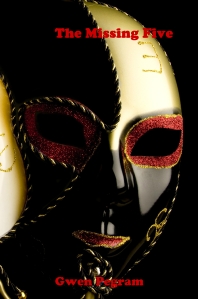 My new blog, gwenpegrampublishing.wordpress.com, is dedicated to my debut novel, The Missing Five, published November 3, 2013. Please click on link, which will redirect you.

At my new blog, you will find Book Giveaways, Q&A, articles, teasers, and reviews.

The Missing Five is available at:

Thank you for supporting me.

Posted by Gwen Pegram on December 18, 2013 in Uncategorized

“Intriguing All The Way,” says Deborah Finley at Amazon.com

"Intriguing All The Way," says Deborah Finley at Amazon.com.

Posted by Gwen Pegram on December 14, 2013 in Uncategorized

An Author is Born via Createspace

On November 3, 2013, I became an Author when I self-published my debut novel, The Missing Five by Gwen Pegram.

It has been a week since I have seen my novel in print and the excitement is only escalating. And, it’s not because the number of sales are increasing, it’s all attributed to the rush of feelings I am experiencing. Of course, I would love to sell a million books and get a movie deal; but, if it doesn’t happen, it’s okay because it will not extinguish the euphoria I am feeling knowing now that I can call myself an Author.

I’m an AUTHOR — hallelujah! And this is another accomplishment I have scratched off my bucket list of things to do and see before I die.

A little more than a year ago, when I penciled my first draft of just 50 pages–the storyline had been simmering for 30+ years–it was just another project I had started, like so many others, which I threw to the side without another thought.

I am a procrastinator, no doubt about it. I can’t tell you how many projects I have started with exuberance, and then let die a lonely death. This time, however, was different. And the thanks goes to my confidant who showed me an article in our local paper. A writer had self-published a book through Createspace that she had started writing only four months earlier.

That one article made me spring into action in April of this year. “If she can do it, I can do it.” I searched everywhere for the composition tablet where my outlined tale resided, and got to work. My days and nights were consumed with research, writing, and typing. Those who read my blog might recall an article I wrote in March titled, Hiatus, Brain Fart, Writer’s Block. Amazingly, I did not suffer any of those afflictions–not one time while I was writing the novel.

I figured out the secret, for myself anyway. So, for all you aspiring writers out there, I had my cable disconnected. Yes, that’s right. I realized and accepted that I was addicted to the television, especially crime-related shows.

I was amazed and thrilled at the flurry of ideas that rushed to the forefront almost begging to be written into the pages. The creativity flowed nonstop. Fictional characters pleaded to be part of the story, which I added. So, when it was time to cutout stuff, I was okay with that. Why? Because it is stuff I will use in my sequel. Yes, I already have the ideas firmly planted for a sequel, which I plan to publish in 2014.

My debut novel, The Missing Five is set in Washington, DC.

The metropolitan area is in a panic. Over the span of a month, middle-aged, African-American men are disappearing without a trace. The local police are slow to respond in investigating these bizarre disappearances, and not because the victims are black, but because statistics show that men in the U.S. are not kidnapped unless robbery is involved.

During the upheaval, successful real estate agent, Jackie Trumpleton, cancels a dream vacation to South Africa with four women she has vacationed with for twenty-plus years, and decides to stay in the country. She dismisses the danger and invites the women to vacation in the DC area.

The crisis escalates as the disappearances continue to mount. To avoid backlash, Arlington PD contacts the FBI, but it’s too late. Disaster strikes again. Without warning, more men disappear in the blink of an eye. The count now stands at five.

When the FBI finally gets a clue, secrets are uncovered that will blow the case wide open and shock everyone, except the perpetrator who wears an elaborate mask.

I hope you have an opportunity to read my debut novel, The Missing Five, and post a review either here, at Amazon, Smashwords, or Goodreads.

Posted by Gwen Pegram on November 9, 2013 in Books, People

The Preventable Death of a Child

To witness the painful emotions of inconsolable parents, grandparents, and great grandparents was difficult to watch. Three children — ages three, six, and ten — were gone, seemingly in the blink of an eye, like steam dissipating from a hot shower gone cold. It’s like black magic. First, they’re here; then they’re not. Past joyful memories cannot erase the three white caskets that are spread out in the pulpit before us. END_OF_DOCUMENT_TOKEN_TO_BE_REPLACED

Crocs™, Not Your Child’s Shoe

I’ve known about Crocs™ since its debut in 2002. However, I refused to jump on the bandwagon. I viewed this plastic shoe as kids’ play shoes or adult shoes for the beach — definitely not a trend or a shoe for comfort. Then, in 2011, I had a long overdue bunionectomy. Due to this large bony protrusion on the side of my big toe, I was unable to wear stylish shoes, and definitely no heels. In order to pacify the pain, I increased the width of my shoe from a normal B to a wide D, which alleviated the pressure somewhat on my bunion.

END_OF_DOCUMENT_TOKEN_TO_BE_REPLACED

I don’t know what happened over the last three weeks. It was neither my intention nor my plan to go on hiatus, to take a break from blogging. However, I still encountered — whatever one wants to call it — a brain fart or writer’s block. I definitely suffered something because no matter how hard I tried, nothing, not a single idea emerged. My brain housed a big, blank space. I’ve read of this happening to writers but since I’ve only been writing for a couple of months, I didn’t expect this phenomena to visit me so soon. Of course, it would have been easy to just write a subpar article blabbering about nothing, or post some random photos in order to fill up the page; but that would have been unfair to my readers and a desperate attempt on my part to stay the course. My readers would have recognized immediately that the article was written by a drowning woman gasping for air. I only hope that this involuntary, forced inaction will not happen again anytime soon.

END_OF_DOCUMENT_TOKEN_TO_BE_REPLACED

Posted by Gwen Pegram on March 19, 2013 in Education/Learning, People

The Conning Elitist — a Mother’s Son 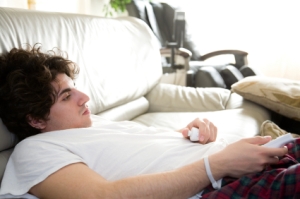 No, I’m not referring to that select group of individuals who seem to have inherited elitism. I’m talking about sons who are raised by mothers who tend to forget that they’re raising boys to become men.

A conning elitist, in my opinion, is a son who erroneously holds himself to a higher standard than those he views as inferior, and only because he thinks he’s smarter, funnier, more good looking, and/or awesome. He uses this advantage to con his mother, who falls under this false spell.